In view of the development works for Changi Airport Runway 3 and the new Terminal 5, Changi Coast Road was closed and replaced by a new dual three-lane extension of existing Tanah Merah Coast Road.

As part of this extension works, a new vehicular bridge was constructed across a creek and retaining structures were built to restrict the movement of earth as the new carriageways are located next to the eastern coastline of Changi East.

The extended Tanah Merah Coast Road also features the first-of-its-kind on-road cycling lane in Singapore. Various measures have been put in place to ensure the safety of cyclists, such as demarcation of cycling lane from the vehicular carriageway with markings of cyclist logos, directional arrows and rasied profile chevron as well as denotation of transition zone with red transverse markings and solar light studs.

The application of precast rigid pavement in this project, which was unprecedented in Singapore, resulted in increased productivity and improvement in road surface quality. 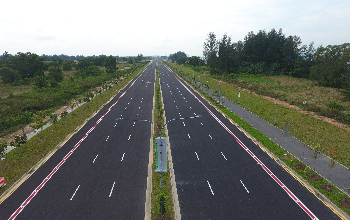 Construction of a new vehicular bridge spanning across a creek 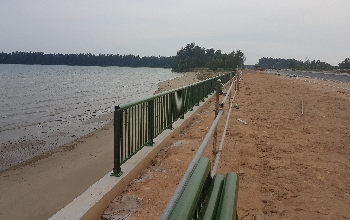 Establishment of earth retaining structures along the coastline 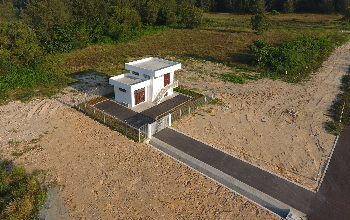 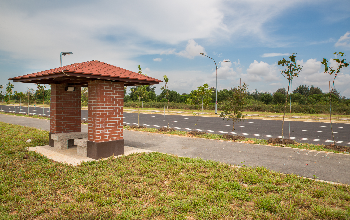 Erection of shelters along the park connector