This massive land clearance was planned meticulously and conducted conscientiously to protect the natural eco-system and existing wildlife that resides within the forest. Due to the time taken to facilitate the migration of wildlife, the project team has a very tight timeline to complete a 1.2km-long canal, comprising different widths of 3.5 m, 6 m and 11 m.

Several large ponds, 60 m by 30 m each, were constructed as part of the earth control measures 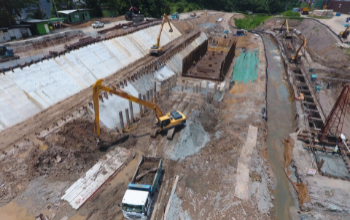 Canal of various widths were constructed, together with the laying of a new 1.5km-long sewerage line 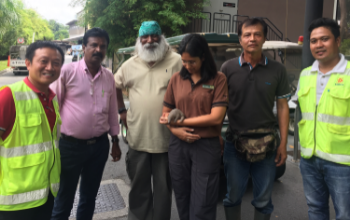