In this project, about 2,240 m of link sewers was installed from Simei Road to areas in Upper Changi Road East for conveying used water to the Deep Tunnel Sewerage System. We have deployed the best-in-class tunnelling technology to jack the sewer pipes through the use of Earth Pressure Balance (EPB) Shield. This trenchless method is safe and efficient while minimising the disruptions caused to the public during the course of works.

This project involved the laying of two types of sewer pipes, namely, HDPE-lined reinforced concrete pipes and composite pipes, in the diameter of 2.5 m. Concurrently, we were required to install the vitrified clay pipes of 0.3 m diameter for a length of 65 m in the vicinity of Mohammed Sultan Road.

Further to the pipe jacking activities, nine manholes intermittently spaced along the sewerline alignment have been erected by deep excavation works in the range of 16 m to 30 m. Other works, which include the construction of temporary structures such as access and working shafts as well as ancillary and reinstatement works, have also been carried out.

Due to the heavily congested underground spaces, there were instances whereby the tunneling team was only given a clearance of 50 mm from the existing structures to work on. As such, the machine operator has to jack the pipes in an extremely tight curve of 250 m radius in order to avoid the obstacles. Assembling of EPB Shield in the working shaft

Pipe jacking for the alignment of 250 m radius 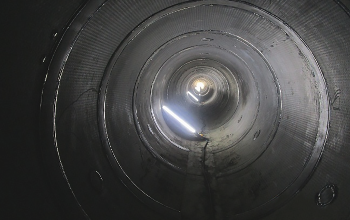 Casting of concrete for manhole 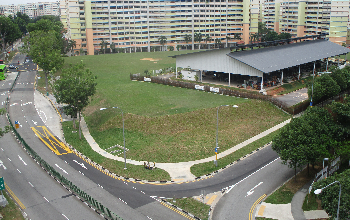 Reinstatement of one of the construction sites with working shaft